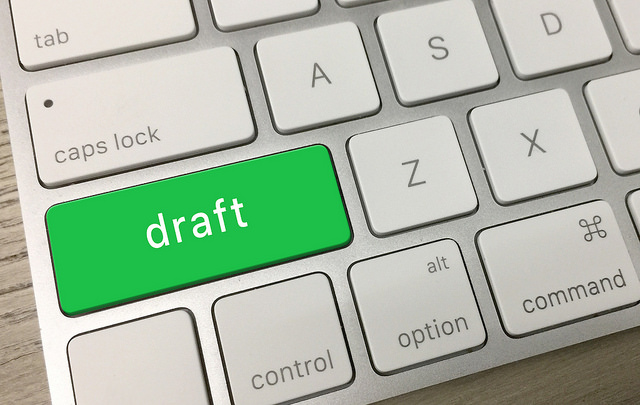 An analysis of how the Google Chrome Extension Draftback can be used to inspire metacognitive reflection on students’ writing processes.

As a writing professor, I often ask students to reflect on a writing assignment, trying to reconstruct in some way the experience of writing: How did it go? What genre conventions were you following? What went well? Where did you struggle? Where did you get stuck? When did you get “on a roll” — and how might you make that happen sooner next time?

I ask because I know that fostering metacognition about writing is among my most meaningful charges. Reporting on a study of skills that transfer between writing contexts, Elizabeth Wardle contends that “meta-awareness about writing, language, and rhetorical strategies in FYC [first-year composition] may be the most important ability our courses can cultivate” — because these strategies are portable across contexts in a way that specific drafting processes often are not (Wardle 2007, 82). Even more important than asking students to write, in other words, is asking students to think and write about their own writing.

Yet students often seem to experience a kind of writing amnesia, struggling to recount anything but bland broad-strokes evaluations of experience (e.g. “I procrastinated too much,” or, “I didn’t like the topic I picked,” or on rare occasion as specific as, “I got some writer’s block, but when I came back to it after a nap, it was better”). Though such insights may encourage students to start writing sooner or select topics that excite them, I am always looking for ways to add depth and specificity to students’ reflections on writing.

Thus, when I encountered James Somers’s Google Chrome extension Draftback, I was all but ecstatic. Draftback uses Google Docs revision history to play back a short movie of the writing of a document; when it’s installed, a button appears at the top of every Google Document enabling a writer to click and show the document being written. Finally, a way for students to reflect on the moment-by-moment reality of the writing process, unencumbered by the fickleness of memory. Even better, it would run in the browser, didn’t require any require special hardware or software, and could work on any document that had been composed in Google Docs (which I require of students anyway). Because it is simply a way of animating change-by-change revision history that already exists in Google Docs, Draftback saves no data outside the browser.

When I first tried Draftback on an article I had written for a copywriting job years before, I saw evidence of many tenets of writing studies scholarship: nearly every concise sentence hid another two or three sentences of deleted meandering prose; my process was recursive and iterative. The first sentence of the final product was first born at the top of the second page; I was writing to discover. I can imagine the tool being used to demonstrate a wide range of writing theory, in any courses that involve editing or otherwise engage the recursive process of writing.

I wrote the tool into the syllabus for my Fall 2017 Introduction to Writing Studies course, a junior-level course that aims to give students experience with rhetoric and writing studies methodologies. One section of the course examined “think-aloud protocols,” in which researchers ask writers to “think-aloud” into a tape-recorder as they write. We read, in this portion, think-aloud protocol studies including Nancy Sommers’s (1980) “Revision Strategies of Student Writers and Experienced Adult Writers” and Peter Smagorinsky et al.’s (2010) “Bullshit in Academic Writing: A Protocol Analysis of a High School Senior’s Process of Interpreting Much Ado about Nothing.”

Students also read an article by Draftback’s creator, Somers, introducing the tool and describing its creation. Somers explains that he intended the tool to help demonstrate “the ‘archaeology’ of writing,” especially to show new writers “vivid evidence that a good writer actually spends most of his time fighting himself” (Somers 2014).

Finally, students conducted their own Draftback experiment: they installed the extension and recorded audio of their thinking as they wrote a weekly reading response. Once they had audio and Draftback recordings of their writing, they listened to both and developed a qualitative and/or quantitative coding system modeled after the protocol analyses we had read. Their papers reported on that experiment, describing their methods, explaining the value and difficulties of “thinking aloud” while writing, and analyzing what they could see in their Draftbacks.

A Record of “Writer’s Block”

The responses I received offered so much more detail about the writing process than I had ever seen in student work before: Students recorded their length of pauses, sometimes down to the second. They counted the number of times they deleted things, sometimes breaking up those deletions by length or type — single word, whole sentence, more than a sentence. They counted moments of distraction, including the number of times they had received text messages and the time between receipt of a text message and beginning to type again. This kind of coding emulated and built upon the writing studies research methodology we had been reading; students were thus enacting mixed-methods writing studies research.

Suddenly, their “writer’s block” had a record: The sentence started and deleted a half-dozen times. The supposedly short interruption that ended up meaning a day passed without returning. The constantly-fought impulse to divert attention away from the task at hand. While this assignment fell near the end of our course, several students returned to the exercise in their final projects. Others expressed an interest in using such studies of their own writing to improve their future writing in and beyond the classroom.  In future courses, I will likely assign the exercise earlier in the semester, asking students to reflect several weeks later on how studying their own Draftback changed their writing.

Of course, not all went well. I had asked students to post their Draftbacks to the class Blackboard Discussion Board as embedded objects. Draftback has a somewhat tricky procedure for creating an embed (first, watch through the whole Draftback; then, click “Begin Extraction for Embed” at top left; next, drag the slider back to the beginning; click play, and watch the Draftback again through the end; finally, click “Finish and Publish X Revisions”). I did not anticipate how tricky that procedure would prove to be for students and ultimately did not articulate it well in class or on the Blackboard instructions. Thus, the vast majority of student Draftback embeds did not properly include the whole document. Additionally, Discussion Board did not appear capable of supporting a Draftback embed. In the future, I may ask students instead to post to a class blog or other website that allows embedded iFrames.

Though Draftback makes use of cloud services, it stores nothing in the cloud. Draftback does not store any user data outside of the browser, and unless students publish embeds somewhere public, they should only be accessible to people with access to the file.

However, Google Docs itself is less protective of user content. Any instructor requiring students to write in Google Docs should be aware that although the Drive Terms of Service assure users that intellectual property rights of any Doc remain with the original creator, Google also explains that use of the service gives them “a worldwide license to use, host, store, reproduce, modify, create derivative works […], communicate, publish, publicly perform, publicly display and distribute such content.”

I am not aware of any case of Google making public a private document, and some analysts indicate (Smith, 2014) that this Terms of Service line is purely intended to enable services like Docs (which is, strictly, “publishing”) and Translate (which is, strictly, a “derivative work”). Yet the notion that Docs has an open license to “publicly display” any private Google Doc is clearly concerning. Nearly as concerning, in late 2017, many authors temporarily lost edit access to their Google Docs for purported violation of the Terms of Service (Fung, 2017). While Google restored access promptly, the incident served as reminder both that Google is automatically scanning documents stored in its service and that the company may revoke access at any time. Given Google’s willingness and obligation to cooperate with governments where it operates, the potential for censorship is obvious and, again, concerning.

Though I continue to believe that the benefits of the collaborative writing tools in Docs outweigh the risks of granting Google access to that data, the decision merits careful consideration.

My class had regular access to a computer lab, where students could install Chrome and Draftback and prepare their documents. Also, in 2016, Arkansas State began an iPad initiative requiring each entering freshman to have an iPad. Although Draftback will only run on the desktop version of Chrome, it can make use of revision history from any Google Doc written on desktop or mobile. Students without regular Internet access could approximate the effect with screen-recording software; one student in my Fall 2017 course made use of this option.

One student used Draftback later in the course in writing an autoethnography of a first job in journalism and was able thus to return to the very first assignment in that job, watch it develop word by word, sentence by sentence. Though she remembered having spent several days mulling over the article until an editor prodded her to let go of it, Draftback let her see the long-tail shape of that mulling: most changes occurred early on, and by the third day, she was not making significant changes.

Some students suggested that coding their own writing record was challenging because they were so close to it. Though I see great metacognitive value in students researching their own writing this way, I also see potential in asking students to watch and code each others’ Draftbacks. In future writing studies courses, I may ask students first to examine their own Draftback and then to examine another student’s.

Draftback proved a worthy tool for conducting “think-aloud protocol” analysis. Student writing and feedback suggested the exercise effectively helped me achieve my goal of prompting greater detail in reflection and process-based metacognition. I highly recommend it—with the small caveat of technical difficulty in embedding—as a method of writing process analysis.

Somers, James. 2014. “How I Reverse Engineered Google Docs to Play Back Any Document’s Keystrokes.” JSomers. http://features.jsomers.net/how-i-reverse-engineered-google-docs/.

Smagorinsky, Peter, Elizabeth Anne Daigle, Cindy O’Donnell-Allen, and Susan Bynum. 2010. “Bullshit in Academic Writing: A Protocol Analysis of A High School Senior’s Process of Interpreting Much Ado about Nothing.” Research in the Teaching of English 44 (4): 368-405. http://www.jstor.org/stable/25704887.

Smith, Matt. 2018. “How Secure Are Your Documents In Google Drive?” MakeUseOf. https://www.makeuseof.com/tag/how-secure-are-your-documents-in-google-drive/.

Elizabeth Chamberlain is an Assistant Professor of English at Arkansas State University, where she teaches writing studies courses and writes about the intersections of digital media and culture. She is also an associate editor of the born-digital journal Kairos.

Previous: Finding Voice in the University Bridge Program: Online Audio Publication and the Personal Narrative
Next: A Claim in 140 Characters: Live-Tweeting in the Composition Classroom

'Draftback to the Future: A Tool for Writing Process Analysis' has no comments