Creating a platform to enable the fluid and continuous exchange of ideas and information.

Can the use of devices such as Glass add pedagogical value (Video 1)? As a wearable computer, the Glass screen can be used to provide an educator with key or supplemental information during a talk, lecture, or discussion. It is also being used by instructors to demonstrate specific skills, interview experts, and allow students to view distant sites (such as CERN in Switzerland – a feature temporarily suspended due to poor user experience). Examples of these uses and more can be found on forums such as Google Glass in Education.

In this article, I argue that the value of Glass may not lie with the device per se, but in using the device in conjunction with Google Apps to create an integrated platform where information and ideas can be exchanged in a public or private setting. For example, the platform enables the sharing of private assignment-feedback videos with students as well as videos in which I highlight key points from new reading material for seminar participants.

In 2012, Virginia Tech began transitioning to Google Apps, giving students direct access to Gmail, Google Drive, Google+, and several other applications. Thus, my students were able to activate a Google+ account that was directly linked to their university email, making it easier for me to integrate a Google Apps platform into my fall 2013 graduate seminar at Virginia Tech. The Google Apps platform I created for this course consisted of the following elements: 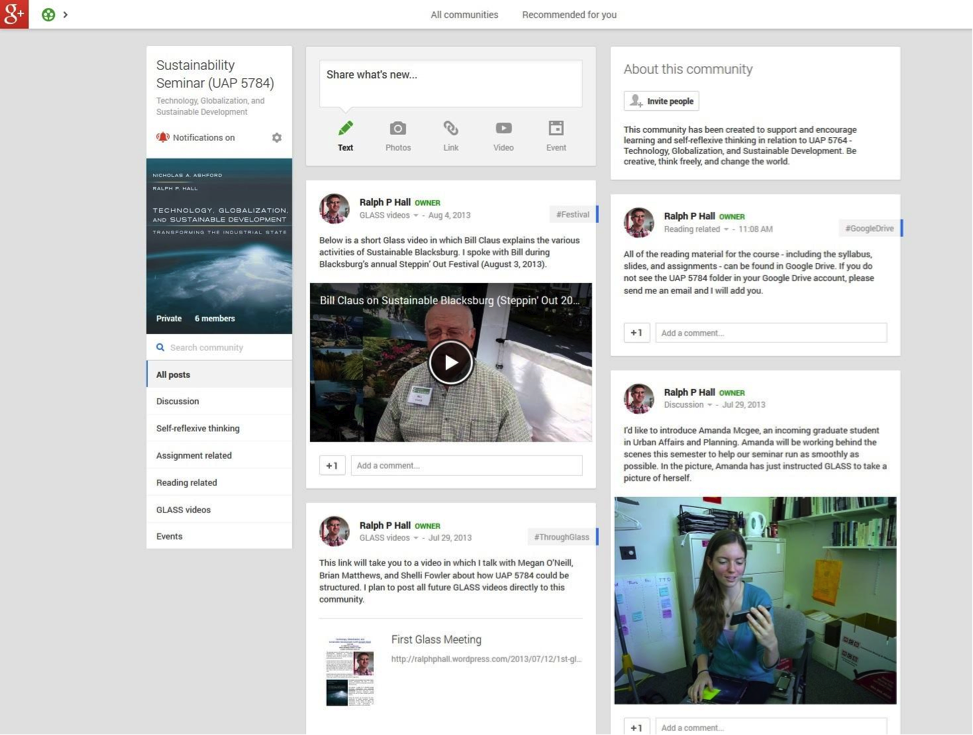 Figure 1: Screenshot of the Google+ Community 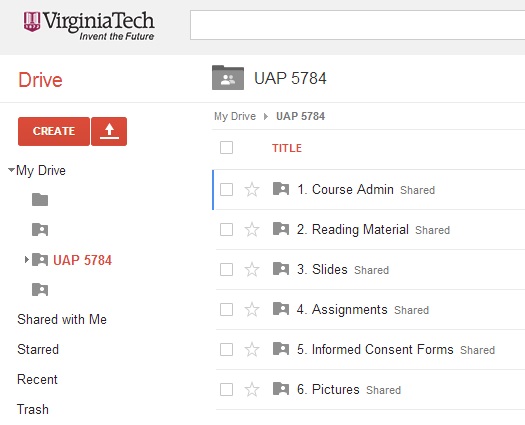 How Well Did the Google Apps Platform Perform?

Once each student activated their Google+ profile and joined the Google+ community for the seminar, the platform worked well in terms of seamlessly sharing information. Interestingly, the way in which the community was used evolved during the seminar. At the beginning of the semester, the Google+ community was primarily used to continue the seminar discussion outside of the classroom. This meant that the seminar had two largely separate streams of activity: the in-class discussions and the on-line exchanges. However, following some useful feedback from the seminar participants to better integrate these two conversations (e.g., see Videos 3 and 4, and my response in Video 5), a part of each classroom discussion was dedicated to reviewing the new and relevant information that had been posted to the Google+ community.

Video 3: Daniel Messplay – Feedback Video on the Seminar and the Google Apps Platform

Video 4: Jacob Paysour – Feedback Video on the Seminar and the Google Apps Platform

The act of bringing the on-line community into the classroom helped bridge the gap between the two discussion forums and led to several important outcomes. First, it challenged the idea that a syllabus a priori can contain all of the reading material that a student needs. Through their posts, students took an active role in shaping the subject matter covered. Second, by reviewing the material students posted to the Google+ community, it was possible to reinforce the connections they had identified between theory/ideas and real-world events. This process continued through weekly Glass videos that summarized two to five new readings (e.g., see Videos 6 and 7) that were linked to the material or subject matter to be covered in the upcoming seminar. Finally, as students discussed the material they posted to the Google+ community, additional comments and material were uploaded, which further enhanced the value of the forum as a repository for the knowledge generated during the seminar.

Following the completion of the seminar, several students agreed to be recorded (using Glass) while answering a series of questions about the Google Apps platform and the Glass assignment-feedback and reading-summary videos (Video 8). These interviews were conducted in compliance with a research protocol approved by Virginia Tech’s Institutional Review Board.

How Could the Google Apps Platform Be Improved?

Figure 3: Screenshot of the Google+ Community with the Added Google Drive Folder

Although students found receiving individual feedback on assignments through Glass videos to be extremely valuable, one consistent concern I had was whether the feedback videos were visible to anyone else besides the intended student and whether each video had been sent to the correct student. My initial plan was to share the assignment-feedback videos directly from Glass by sending each video to a Google+ circle created for a single student. I decided against this for two reasons. First, the touchpad along the side of Glass does not always perform as expected, which meant there was a real risk that a feedback video could be accidently sent to the wrong student (or shared with a group of individuals or the public). While such an error can be undone by deleting the post from your personal Google+ account, any delay in this action could result in the video being viewed by others. Second, sending feedback videos from Glass via a tethered smartphone or wireless network connection was a slow (and potentially expensive) way of transferring videos, and seemed to draw battery power from Glass and heat up the device. The solution to these concerns was to record and then download the feedback videos from Glass to a computer via the micro USB cable, and then upload and send each video to the correct student via the “Share what’s new…” window in Google+.

While this manual approach to sharing videos may seem counter to the purpose of Glass, it did provide some certainty that students were receiving the correct feedback video. However, even this process could be improved. Figure 4 shows two screenshots from one of the early assignment-feedback videos. The image on the left shows the typical view and the image on the right shows the view after selecting the phrase “Shared privately.” The only way to know the name of the individual with whom this video was shared is to move the cursor over the blue icon on the right-hand image. As the semester progressed, one partial solution to this concern was to type “+student name” into the “Share what’s new …” field, which automatically inserted the same name into the “To:” field of the post. It was also helpful for students to upload their picture to the Google+ profile, which replaced the blue icon, but this was not required due to potential privacy concerns. 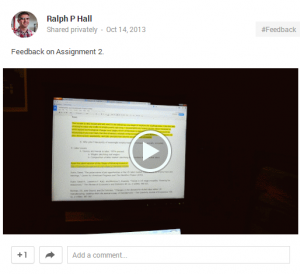 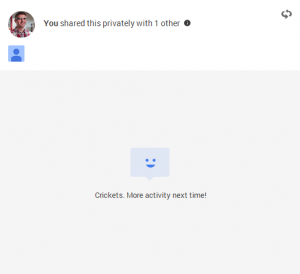 Figure 4: Screenshots from an Assignment-Feedback Video

Those who use screen capture software such as Jing, Snagit, or Camtasia to provide feedback videos to students may question the value of using Glass given the performance offered by these platforms. When compared side-by-side, the Glass videos are inferior. However, what Glass does provide is the freedom to record images both on and off a computer screen, which can be useful if you would like to point a student toward a book or report you have on a nearby shelf. It is this freedom and the authentic feel of the Glass videos that students seemed to like. While I mentally rehearsed the main points I wanted to cover before recording a video, the videos were not scripted and I did occasionally need to correct or clarify my feedback during a recording.

In Video 8, one of the students expressed concern about the potential volume of online interaction that could be generated if every course he was taking were to use a Google+ community. While this is not a specific problem with Google+, the possibility that students could be constantly distracted by notifications could undermine the benefit of the platform in an educational setting.

Finally, as a social network platform, the use of Google+ to support a course may raise privacy concerns among faculty and students. One way to partially address this concern is to make the Google+ community private and hidden from searches. All posts made to a private community are thus omitted from an individual’s profile page. It is also possible to view how your Google+ profile appears to the public and what information is being shared. Finally, it would be worth reviewing the Google+ privacy settings with students so they understand how to minimize their presence on the social network.

Previous: The Commonplace Book Assignment
Next: Leaving the Science Behind: A Failure Resulting from Poor Curriculum Design