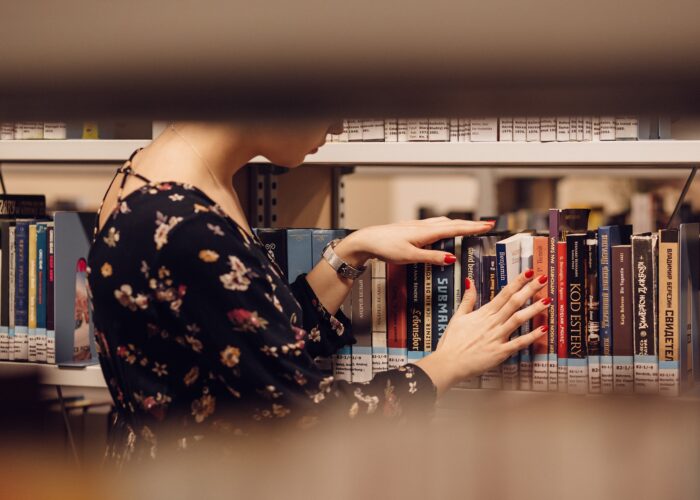 Why Don’t You Trust Us?

In a time of global crisis, universities have struggled to preserve academic integrity, and have turned to software companies for a solution. As a result, students are left to decide what they value more—their education, or their privacy.

As the world closed down and coronavirus case counts rose, universities around the world shut their doors and prepared to pivot into uncharted waters. During this time, many educators and administrators had one main problem on their minds: “How do we prevent cheating?”

This is an interesting question, yet I can’t help but wonder in response, “Why have institutions assumed the worst of their students? Why do they assume the group of young adults they selected by hand would value their education so little that they would exploit the online environment to cheat? Why aren’t these institutions asking how they can best support their students through a time of global uncertainty?” And moreover, “Why have institutions decided to turn to software companies to address this pedagogical problem?”

During the pandemic, I’ve witnessed educators struggle to adjust to teaching remotely. Some have been open about how this has been a dramatic shift for everyone and that we need to be compassionate with ourselves and others in these trying times. Others have approached online education with an expectation that they will be operating “business as usual.” This expectation has fallen flat in countless ways, hemorrhaging the relationships that educators and students have worked so hard to cultivate.

Additionally, when universities and professors mandate the use of online proctoring services, they leave their students in the midst of a moral and financial quandary: “Should I allow my privacy to be violated in order to complete a course that may be required for my degree?” and arguably more important, “Do I have any other choice?” Backed into a corner and knee-deep in loans, students typically don’t have any alternative options if a professor is requiring the use of online surveillance tech. This is problematic for a number of reasons.

Throughout my education, I’ve developed some habits to cope with my disabilities. I sit in the front row, so I won’t become distracted or overstimulated by the activities of other students. I take handwritten notes, so that my migraines aren’t triggered by staring at a computer screen all day. I take my exams in the distraction-reduced testing room in the Disability Resource Center. I don’t complete assignments in my bedroom, as an attempt to prevent my work from worsening my insomnia.

In my first online class session in March 2020, it became abundantly clear that these coping strategies had become obsolete overnight, when my professor simply said, “I expect everyone to have their cameras on at all times during class, so that I know you’re paying attention.” This request seemed innocent enough, but as the video feeds of ninety students flicked on one by one, I was overcome with feelings of overwhelm.

I was frustrated because if I continued learning the way I knew worked for me, my professor, based on his view from my camera, would assume I wasn’t paying attention. I was listening and looking down at my notebook, writing handwritten notes, in fear of becoming distracted and consequently missing important material. Knowing that I would have to sit in four hours of back-to-back lectures, I would avoid looking at my computer screen to prevent myself from developing a migraine and from becoming overstimulated by the view of all my peers—which I never had to deal with sitting in the front row. I was accused of looking at my phone during class. Of course, I corrected my professor and explained the situation, but it was appalling to me that doing what was necessary for me to learn was even a topic of discussion, especially since these same behaviors would never have been questioned in an in-person environment.

As the pandemic persisted and exams came around, it became clear that problems like these are just the tip of the iceberg. This was often a result of the criteria that remote proctoring services employ in a shallow attempt to identify cheating and protect academic integrity. It is further exacerbated by the fact that these services were not developed for a diverse student body with a diverse set of needs. The student body is not made up exclusively of the wealthy, white, and privileged. Yet, this is the demographic online proctoring services and surveillance technologies have been developed to cater to, and students find themselves in the position of having to justify their own disabilities, living situations, and financial standings with professors in ways they would never be expected to in person.

Students today wear many hats and typically are not just academics and scholars focusing solely on education. Some are single mothers who can’t afford to send their toddlers to daycare because they were laid off at the start of the pandemic. So they are flagged as cheating by their online proctoring service because they had to step away from their computer to comfort a crying child during their exam. Some students live in multi-family households and are flagged as cheating because they can’t control how loud their environment is or how many people are walking around in the background. Some have ADHD and get flagged for cheating because they fidget too much during testing. Some students of color are flagged simply for having a darker skin tone, which the software struggles to identify. The list goes on.

As if it wasn’t difficult enough to focus on an exam in one’s home, it’s insulting that students are frequently accused of cheating simply for doing their best to cope with an online environment. The added anxiety associated with being watched, not even by a human proctor, but by a computer, significantly impacts students’ mental health, adding insult to injury in a time of global trauma—worrying that every yawn, itch, readjustment, and eye movement will be one too many, jeopardizing their academic career.

But let’s take a step back. Even in on-campus learning situations, students are supervised. From security cameras, to campus police, to ID cards, to professors and administration keeping a watchful eye over the student body—students are under constant surveillance. So why is this any different? Why are students causing such a fuss when it comes to surveillance in an online environment?

I believe the largest distinction is between our public and private worlds. There are very few public spaces nowadays where you aren’t under at least one form of surveillance, and while we may not like it, there are benefits that balance it out, such as access to public facilities such as gyms, libraries, or universities. Meanwhile, our homes are our private worlds. We don’t have to worry about being watched or judged and we can truly relax. So when universities attempt to mandate surveillance technology in our own homes under the guise of academic integrity, it doesn’t come across as quite as worth it, and seems especially intrusive. Students don’t gain safety or facility benefits, and yet are expected to subject themselves to surveillance in their own private worlds on the grounds that they are not trusted. To exacerbate the problem, there is also often insufficient transparency on the part of the universities and software companies in terms of how student data is being used and stored. This leaves students feeling even more vulnerable, when they are already being stripped of their privacy. From a very young age, we are taught not to talk to strangers. If a stranger approached me and insisted on being let into my home to take pictures and record audio for a purpose undisclosed to me, I would be incredibly apprehensive. And I feel the same way about online proctoring, because really, it’s no different. There is no guarantee that our data will only be seen by our professors, and there’s no way to know if it was. It’s incredibly unnerving.

In that same vein, I think that while it’s not as appalling as online proctoring, professors requiring the use of video cameras in online courses is still an act of them having access to our private worlds. It’s nice to see everyone’s faces and feel a sense of community among peers, but I think it’s negligent to assume that this doesn’t alter the professional relationship between professors and students. Over the course of the pandemic, I’ve felt a sense of familiarity with my professors that I haven’t when in-person, and I think that comes from us having some access into each other’s private worlds. We can virtually meet each other’s pets and see each other’s family members walking around. This kind of exposure leads to a much more casual learning environment which isn’t necessarily a positive or negative thing, though I’m sure everyone has their own preference. What I do find problematic, though, is when students are expected to have their cameras on, increasing vulnerability and familiarity, while the strict, professional environment as seen on campus remains. When this occurs, it feels as though that student-professor relationship is completely lost, because there is a lack of trust in regards to what happens when the cameras are off.

I’m of the opinion that students should decide whether or not to use their cameras. To ease concerns of cheating, professors could assign papers instead of tests and reflections instead of quizzes when possible. At the very least, universities should provide in-person, socially distant proctoring for students who don’t feel comfortable using online proctoring software. For thousands of dollars per semester, students should not be forced to sacrifice the privacy of their own homes just to get their education.

Sinéad Doyle is a student pursuing her Bachelor of Arts in Media Studies and Production at Temple University in Philadelphia. She is currently the post-production producer and editing coordinator for Queer Temple, a television program about the LGBTQIA+ community in Philadelphia. Sinéad has extensive experience in podcast production as the voiceover artist, assistant producer, and assistant editor for The Quell Foundation’s Lift the Mask—Voices of Heroes in the Silent Pandemic, a limited-series podcast covering mental health amongst frontline healthcare professionals during the COVID-19 pandemic. She also has experience with social media development and copywriting.