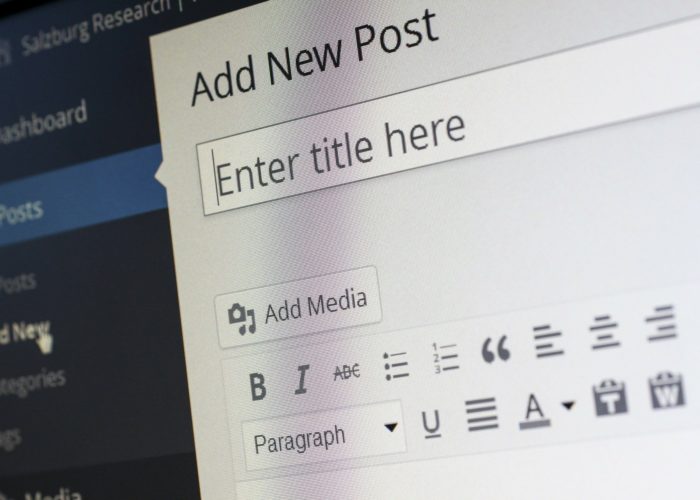 The Trouble with Tags: The Challenges of Collaborative Metadata and Participatory Culture in Class Blogs

This piece describes how I tried to get students in an introductory world literature survey course to link similar ideas and themes in their blog posts by asking them to create tags. I envisioned that these tags and the corresponding connections made would form an evolving archive of literary themes and cultural issues. However, the resulting tags were overly specific to each student’s individual blog post, which obscured connections rather than forming them. Ultimately this piece illustrates the challenges and potential of tags as a form of collaborative metadata that frames and develops student understanding of literary criticism.

At the end of my Great Works of Literature class, a survey course and core humanities requirement for all undergraduates at my institution, I found myself seriously questioning my decision to use a class blog instead of hard copy reading responses. I felt as though I had fallen into some incoherent recess of Twitter as I skimmed through the endless list of “tags” reflecting the focus of student blog posts over the course of the semester:

The list goes on. The word cloud (partially presented above) for the purpose of this assignment, ideally should have reflected the class conversations in person and online and offered pathways through their responses, all accessible with an easy click on a selected “tag,” a student-generated means of classification as featured in the WordPress blog interface, typically composed as one to three words. As the list may suggest, many of the tags were ironically overly specific (e.g. #GETTHEDOLL) or derivative (e.g. NYC weather, weather, storms). Clearly, something went awry.

There were a number of assumptions about tags as a form of classification. To create their tags, some students chose humorous phrases or pop culture references gesturing toward media featured in their post, while others chose more thematic or literary aspects. Although there was a range and quite a few desirable tags for literary study, what made all these tags similar and less successful is that more often than not, the selected tags all linked back to a single student author’s single post. Students were participating, but primarily, almost doggedly, as individuals. Following an end of semester survey, I learned that students created tags for each new post primarily based on the post itself rather than looking at the existing tags as an option. While this practice led to the generation of a series of creative themes and classifications, it undermined the comparative and accumulative objectives of the blog, which was intended to facilitate the learning goal of forming analytical points across texts and recognizing literary criticism as a shared discourse. Students created several new (often redundant) tags with each post, undermining the generation of a collaborative form of metadata.

Metadata is a set of data that describes information or involves thinking about how we think about data (Arofan, Heus, and Ryssevik, 2010). Collaborative metadata (which has gotten more attention recently with the rise of social media) entails a social constructivist approach to data cultivation and organization, often capitalizing on user interaction (Wall 2004; Kim 2001). Collaborative metadata often entails tagging to generate comprehensive integrated information that may be useful in a survey introductory literature course. For example, tags as collaborative metadata could facilitate students’ creation and navigation non-linear pathways across texts, a critical alternative practice to rote memorization or dependence on the instructor as the absolute authoritative guide through literature.

Based on class evaluations, my students considered using and creating tags to be a compilation of guesswork and busy work—a gesture for my viewing (which was in part true) or a perfunctory feature of the assignment that only existed because they had to do the work online. There was a pronounced disparity between my own outlook on student objectives regarding digital classwork and that of my students, which becomes more apparent comparing the rubric to student responses and results of the assignment.

When I designed the rubric, I created criteria focused on content and elements specific to blog posts. I asked them to write 250-500 word blog posts related to each text we read. In each post they had to quote from the text and offer a question, interpretation, or reaction. In accordance with the genre of a blog, they also had to include a title, some form of media, and a “tag” or “category,” the latter of which is similar to a tag but is created and controlled by the site administrator, or in this case, myself as the instructor (within our college WordPress platform). I provided broad categories including titles, authors, and literary elements covered in class (e.g. narrative, character, metaphor, tone, audience, etc.). It was my hope that the categories would provide a foundation so that students completely new to literary study would not feel at a loss for language to analyze the literature or participate in a larger conversation whereas the tags would emphasize more specific themes, tensions, imagery, and key terms associated with cultural analysis. In the rubric and in class, I explained that tags could emerge out of conversations in class and online while categories were fairly general, warranting their more engaging, thoughtful, and “specific” tags. I suspect because of this explanation and focus on specificity, I undermined the key practical idea that tags should be applicable to other posts besides their own.

Ultimately, I found students’ motivation to distinguish themselves both to me as an instructor and amongst each other (e.g. using funny tags to appeal to the student audience) led to a proliferation of blog tags and limited use of the categories, so that each student’s set of metadata failed to really correlate with the entire archive of responses or connections across texts. But were my students really wrong? Student motivation leans toward individuality for good reason. The grades they earn in courses, the recognition they receive, and the careers they enter typically frame individual achievement as the qualifying attribute of success. In terms of assignment design, I gave points for the inclusion of a tag. There was no explicit student reward or “points” for interdependence (which, in this case, would be tagging a blog post with a tag that another student created). As recent studies have shown, if students do not know there are group rewards that depend on individual accountability and if the task is not framed as central, they will be inconsistent in collaborative projects (Thousand, 2002; Scager et. al, 2016). Students received blog grades and a few lines of feedback 3 times throughout the semester to encourage improvement and allow them to keep track of their progress, but feedback did not improve the use of tags until the end of the semester when I explicitly had them use tags in class. I asked students to search the blog using tags and categories in order to write potential essay prompts, the best of which I would use for the final comparative paper prompt. Because I chose to have them use the tags in class late in the semester (after two papers had already been done with traditional prompts), the act of searching the blog in class caught students off guard because they never imagined anyone other than myself actually “searching” through their tags and categories to find responses. They did come up with a few good essay prompts, but there were also many hushed confessions about “always forgetting to add a tag,” with some even asking “what’s a tag?”

The challenges of students using tags as collaborative metadata in blogs has shown me that clearer guidelines will be necessary for future blogging assignments, as well as transparency about the purpose of the assignment beyond the rubric itself. Indeed, I think this teaching fail taught me more about my own aspirations for student learning, in that I realize that I want them to consider themselves producers of knowledge—of a kind of literary “data”—that gains traction, as part of a semipublic archive, even one as small as a class blog. Literary criticism’s evolving organization and dependency on discourse (communication and cultural context) has the potential to become more tangible when recognized as metadata. If students can recognize this, they have a better opportunity to become agents in making the boundaries between academia and the broader public more permeable. This form of empowerment is perhaps necessary given the realities of our increasing media demands as social subjects, citizens, and workers. We live in a digitally inflected world where “participatory culture shifts the focus of literacy from individual expression to community involvement” (Henry Jenkins et al., 2009). Making it clear to students that their individual efforts can contribute to a whole can make salient how literary discourses are formed and how those skills may be further applied to their own intellectual futures and careers.

Erica Richardson is an assistant professor in the English Department at Baruch College, CUNY. Her research focuses on black social life and aesthetics in late 19th and Early 20th Century literary productions. She teaches courses in the Great Works of Literature program and in the field of African American literature. She merges digital literacies with traditional literary learning goals in the classroom in order to increase student engagement and accessibility. She looks forward to turning her Great Works course into a hybrid course in the 2019-2020 academic year.