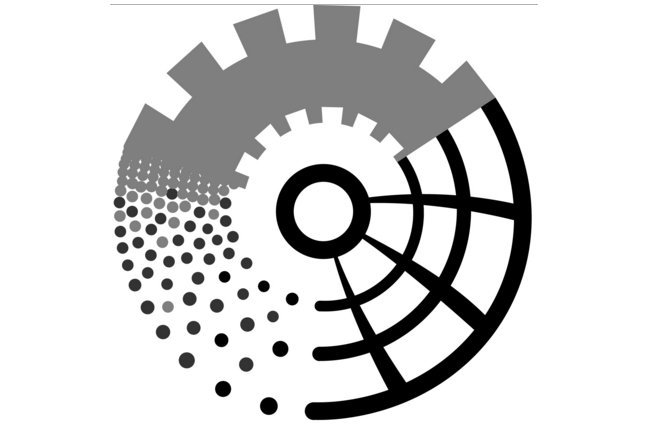 Each week, a member of the JITP Editorial Collective assembles and shares the news items, ongoing discussions, and upcoming events of interest to us (and hopefully you). This week’s installment is edited by Kimon Keramidas.

This week marked the five year and one-month anniversary of the first gathering of the group that would make up JITP’s editorial collective. Because of this I’ve been reflecting on how far we’ve come and where this journal fits within an evolving academic landscape where technology and the digital are having an increasing impact on the lives of faculty, staff, and students. From within the collective there is a sense of accomplishment. We’re on the way to publishing our eighth issue and continue to strive to find new ways to promote alternative forms of publication (still a daunting challenge) and facilitate discourse amongst like-minded scholars and pedagogues. But after leading a roundtable on the digital humanities at the gathering of the Society for the History of Technology’s (SHOT) Special Interest Group in Computers, Information and Society (SIGCIS) earlier this month, I was reminded that there are many places where the work we at the journal see as self-evident and a logical progression in the evolution of the academy has yet to penetrate and/or still meets significant resistance.

First, a little background for those who may be unaware of the origins of the journal. JITP developed out of a certificate program in interactive technology and pedagogy at the CUNY Graduate Center that has been in existence for more than a decade, and has deep roots in significant work accomplished by the American Social History Project/Center for Media and Learning in digital public history. This work at CUNY predates the recent explosion of interest in digital humanities, and rather than focusing on the algorithmic analysis and visualization of literary corpora that has driven much DH work emphasizes a critical and theoretical awareness of how technology has impacted human endeavors throughout history.

This means that, much like SHOT, the journal’s lineage owes much to a social and cultural understanding of the history of technology and information. So, when I first attended SHOT’s annual conference and SIGCIS workshop in 2014 I thought I would find a technology-forward community committed to understanding how the tools they studied could best be deployed to improve academic work and the practice of teaching and learning. But, I in fact found the opposite as most of the SHOT community was not engaged actively in developing online communities and papers were structured and presented traditionally with read papers accompanied by Powerpoints. Nor was there significant backchannel chatter on social media or reflective posts online after the conference. I attended one panel where digital humanities was mentioned in the discussion, and as the conversation veered into the inevitable concerns over peer-review, a comment I made about post-publication peer review–which we use as a model for some short-form pieces on JITP–was quickly dismissed as a fleeting and unviable alternative. The orthodoxy of practice that acts as a barrier of entry to new inquiries into the potential use of interactive technology were apparent in the study of the history of technology, just as it still lingers in many sectors of English, history, art history, etc.

Things weren’t all bad, however, because what I found was that parts of the SHOT community were in fact engaged in questions concerning the digital humanities and interactive technology and pedagogy; they were just being very deliberate in their approach and uptake, because more than most they are keenly aware of the social, cultural, and economic ramifications of the introduction of technology into daily life both in and out of the academy. There has been a THATCamp at a previous annual gathering (although it has not been repeated since) and the SIGCIS community is more engaged and hopeful about the affordances of contemporary digital media to expand that group’s activity and constituency. With this in mind I organized a roundtable for the 2015 gathering that asked four historians of technology to discuss how SHOT and SIGCIS could more actively engage in the growing discourse surrounding digital humanities and provide it with a stronger base of history from which to understand the technologies being used to drive that movement. The resulting conversation between panelists and audience was telling. There was a combination of eagerness and apprehension as these scholars of technology, computation, and information were able to see the potentials of using these technologies but also recognized the intellectual and ideological pitfalls of using them without fully understanding them or championing them as saviors of the academy. We discussed algorithmic analysis, data visualization, internet culture, materiality of the virtual, and professionalization and were able to do so while avoiding the issues of copyright, tenure, and disciplinarity that usually bog down proceedings.

But, one thing I did not notice until after the panel was almost over was that we really had not broached the subject of alternative approaches to teaching and learning. It was only when a few of us were having a side conversation and were talking about how students handed in papers that we even touched upon the practice of teaching and learning. Where a minute before we were talking about Python web scraping, complex database queries, and chronographic visualizations, we were now back to “do you use email and print out your papers or do they post to Dropbox?” As Stephen Brier – a member of the JITP collective, founder of the CUNY ITP certificate program, and longtime ASHP/CML collaborator – has noted, “pedagogy is not totally ignored by DH’s growing cadre of practitioners; rather, teaching and learning are something of an afterthought for many DHers.”(1) This was the feeling I kind of left with after the roundtable. I was glad that SHOT and SIGCIS were starting to get invested in the digital humanities, as that community can definitely help historicize the too often sensationalized interest in this burgeoning sector of academic inquiry. But, as we have seen so often, in the march towards a greater understanding and implementing of these new technologies, the pedagogy once again was getting left behind.

So, looking back at five years of JITP I think we can say that we have accomplished a lot and we are encouraged by the near and long-term growth we see coming for the journal and the communities it serves. But, if my experiences earlier this month are any indication, there remain not just corners but entire swaths of the academy that have yet to engage with the possibilities that interactive technologies have to dramatically alter the experience of teaching and learning. One might wonder why after seventy years of modern computer programming, forty years of personal computing, and twenty years of the Internet there remains uncertainty and resistance about the potential for digital culture to impact educative practices, but the case remains that there is still work to be done and five years on JITP will continue to make whatever dents in can in the academic universe.

Share this article
Previous: This Week: Digital Pedagogy Institute Postmortem and a Podcast Potpourri
Next: The Marriage of the Digital Humanities and Alt-Ac Positions

'Reflecting on Technology, Information, Society, the Digital Humanities, and Pedagogy' has no comments