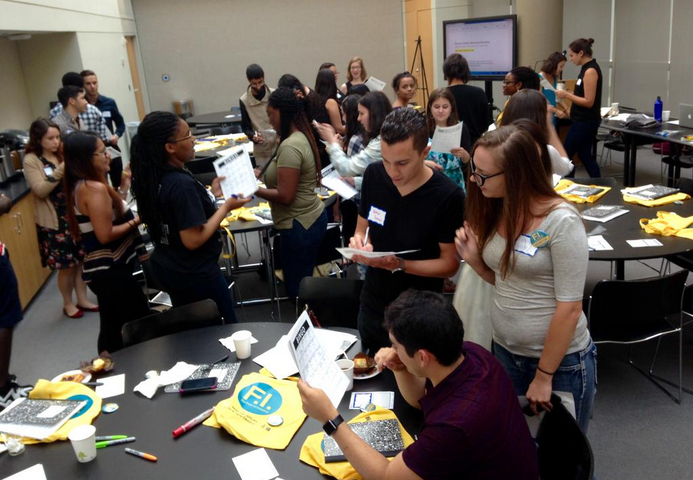 Each week, a member of the JITP Editorial Collective assembles and shares the news items, ongoing discussions, and upcoming events of interest to us (and hopefully you). This week’s installment is edited by Renee McGarry.

This month the HASTAC project The University Worth Fighting For deals specifically with classroom pedagogies of equality and invites readers to comment on how they move toward more equal pedagogies in their own classroom practices. The initiative also hosted a live-streamed workshop on August 28, which was recorded and can be followed on Twitter at #fight4edu. Future months will deal with other issues facing the university of the 21st century, hopefully including the broader themes I discuss below.

And while I’m heartened by the focus on pedagogy in the past decade, we also need to address very concrete problems that come with it: the division this creates within universities between those who “care about” teaching and those who “don’t”, the feminization of this particular kind of labor and the association of women with teaching and its associated emotional labor, a divide between teaching schools where pedagogy is foregrounded and oftentimes more elite schools where it isn’t, and the fact that for most instructors – over 50% of them in fact – revising teaching methodologies and classroom structures is completely unpaid labor, as the neoliberal university continues to hire contingent instructors with no job security and pay them (often too little) by classroom hours. Our classrooms are microcosms of higher education, and the direction of higher education matters for our classrooms. When thinking about equality I encourage instructors to think narrowly about our classrooms, but also broadly about the system in which our classrooms exist. As the director of the Futures Initiative, Cathy Davidson, said during the workshop, “The only way you can counteract structural inequality is by structural equality.” This fight is multifaceted. We are rapidly losing the battle for a system that empowers faculty and students, and classrooms that aim for for equality can provide a three hour break for students and faculty alike, but it’s oftentimes just a break from a system that churns on without their well-being in mind.

Share this article
Previous: This Week: Accessible Future
Next: This Week: It’s Hyperlinks All the Way Down

'This Week: Justice and Equality at the University' has no comments