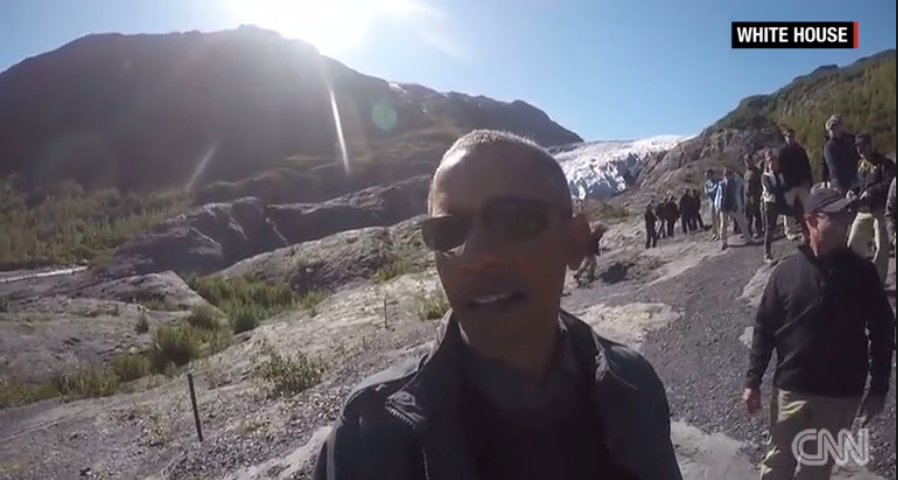 Each week, a member of the JITP Editorial Collective assembles and shares the news items, ongoing discussions, and upcoming events of interest to us (and hopefully you). This week’s installment is edited by Amanda Starling Gould.

This week’s roundup looks at the intersections of digital humanities (DH) and environmental justice.

HORRIFYING: The future of #polarbear, in one photograph> http://t.co/mTAqD4bXIL @dodo pic.twitter.com/HxD4tLG2Gd

#Regram #RG @USInterior: How do you rescue a 1,000 pound #polarbear trapped in a fishing net? You untangle it. Well, actually, it’s pretty complicated, especially when it’s located in a remote Arctic location. Late yesterday @usgs and @usfws with help from the local community of Kaktovik, successfully freed a large male polar bear that was entangled in a fishing net on a small barrier island in the Beaufort Sea off #Alaska. The biologist’s first darted the bear from a helicopter and then local residents, using boats, kept the bear from drowning while the tranquilizers took effect. Once sedated the biologists worked to quickly untangle the bear from the net and after determining it appeared uninjured from its ordeal, released it back into the wild. A great effort by all to keep this magnificent animal in the wild. Photo by @USGS.

These polar bears have come to represent this week’s debates on climate change—especially those critiquing the ethical and political stakes of President Obama’s recent trip to Alaska to speak at the GLACIER Conference in Anchorage.

Debates aside, part of that trip included a heavy dose of Obama selfies.

"Climate change is not just affecting spectacular views like this. When you have warming taking place twice as fast here in Alaska as it is in the bottom 48 states, that is melting glaciers and blocks of ice that are raising sea levels and you start getting an accelerated pace of climate change overall. So we've got to do something about it. The good news is we can if we take some smart steps now." —President Obama on why we need to keep up the fight against climate change #ActOnClimate Click the link in our bio for more photos from the President's trip to Alaska.

@POTUS such special moments all through this journey. & what you are doing to help protect our planet is inspiring.

President Obama even does a ‘selfie video’ with a glacier: 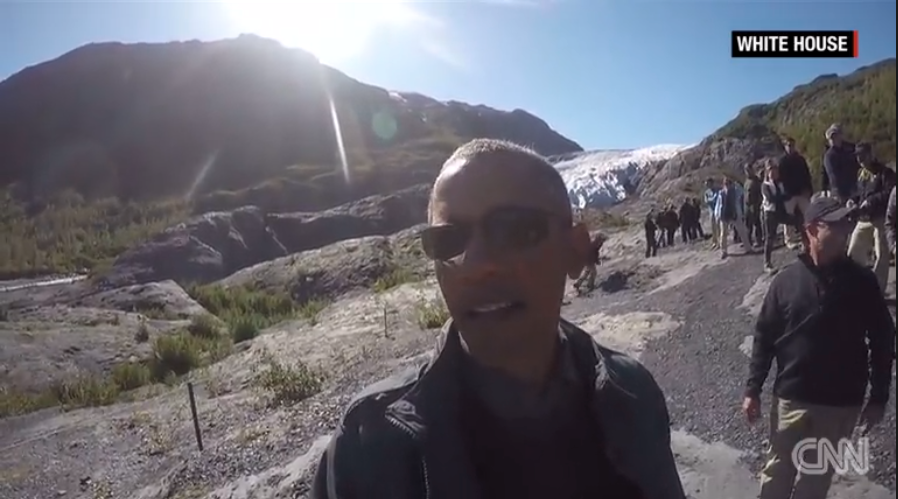 President Obama takes a ‘Selfie’ video with a glacier. Courtesy of CNN.com

Though it is fun and perhaps noteworthy that our president is using social media, what is more exciting is the potential for this form of #Selfie + #ClimateChange (or #ActOnClimate as @WhiteHouse uses above) to be a digital call for environmental action.

President Obama’s selfies are certainly one place to start. What if Californians began taking selfies with their drought-parched patches? What if Oregonians began taking selfies with their raging wildfire megablazes? What if we extended this #SelfieWithClimateChange challenge to commuters in Beijing or failing farmers in New Zealand? If we had our students use Instagram and Twitter to solicit such images, and then asked our students to work collaboratively to curate those images into a digital project, would this inspire reflection on climate change issues? I’m guessing so. And I’m guessing this is a small part of what President Obama was performing during his trip.

This week as California conserves water and the west coast fights wildfires caused by severe dryness, California governor Jerry Brown tells the state, in a trending online video, that “[t]his is the future, from now on. It’s going to get worse, just by the nature of how the climate’s changing.”

California's 2015 Sierra Nevada mountains snowpack was "the worst in the past 500 years" http://t.co/gSnq6184Fk pic.twitter.com/SplXoJ25jl

On Monday, @NYTScience tweeted a new NYTimes.com article on California’s ‘historic’ drought that quotes bioclimatoligist A Park Williams who two weeks ago released a report stating that “[a]nthropogenic warming has intensified the recent drought as part of a chronic trend toward enhanced drought that is becoming increasingly detectable and is projected to continue growing throughout the rest of this century.”

If this digital media environmentalism is making a persuasive impact on popular sentiment or is resulting in a heightened awareness of earth stewardship is not entirely known. What does seem to be increasingly evident, however, is the indication that digital interactive tools, from social media to more sophisticated DH projects, have as important a role to play in environmental justice as they do in social justice which seems to be the more prevalent current DH cause.

Knowing that the production, manufacture, waste, and energetic requirement of our digital media devices are actively contributing to the earth’s progressively detrimental state, those of us teaching with technologies, especially those of us teaching socially-minded DH-specific or DH-inflected courses, should take a moment to consider how we might ground those technologies in their own particular environmental contexts, and how we might use those technologies to interrogate—and effectively communicate—today’s important environmental issues.

Share this article
Previous: This Week: It’s Hyperlinks All the Way Down
Next: This Week: Issue 9 Submissions: Calling All Cyborgs!

'This Week: Polar Bears and #ObamaSelfies: The Critical Intersections of Digital Humanities and Environmental Justice' has 2 comments